ROADMAP TO THE
END OF DAYS

THE GENESIS
ONE CODE

Author of the Worldwide Bestseller THE GENESIS ONE CODE.
Readers’ Favorite 2013 International Book Award Winner and Finalist in the 2013 National Indie Excellence Awards.

Daniel Friedmann P.Eng., M.A.Sc., a Readers’ Favorite 2013 International Book Award Winner, studies the origin of the universe and life on earth from both the scientific and biblical perspectives. His work on reconciling the biblical account with scientific observation utilizing his biblical clock formula has been reported in conferences, various newspapers, magazines, television and radio talk shows.

He is Chairman of Carbon Engineering, a company dedicated to removing co2 from the air to solve climate change. He was the President and CEO of a global communications and information company until May 2016. He holds a master’s degree in engineering physics and has published more than 20 peer-reviewed scientific papers on space industry topics and cosmology. He is also a longtime student of religion and for the past 15 years has attended the Vancouver Kollel center for learning. 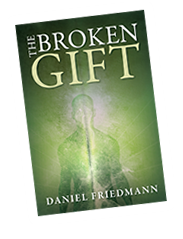